A completely faithful replica that matches the specifications can never convey that. Some information simply can't be copied digitally. The rarest of the rare books in Harvard's collection is bound in human skin. The unsettling attraction of such a book is that it can never be duplicated. For people who come to a library to experience the texture and smell and even the pedigree of an old book, there's no point in arguing the merits of electronic ink.

On the other hand, there's no point in limiting everyone else by preserving old packages for timeless information. In the end, the debate about the future of books is really about the relative performance of competing technologies. Books are designed by people, as are computers. There are plenty of examples of apparently irreconcilable disagreements over a new technology disappearing once the technology catches up to the specifications of what it's replacing.

Many people used to religiously proclaim that they couldn't edit text on a computer screen; once the resolution of a screen began to approach that of the eye at a comfortable reading distance, the discussion began to go away. 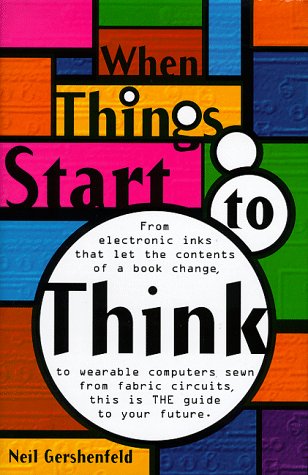 Now writing a text by hand is the exception rather than the rule. Such passionate debates get settled not by persuasion, but by technical progress making them increasingly irrelevant. Along the way, the presumptions of a new technology must usually be tempered by the wisdom embodied in an old one. In the early days of the internal combustion engine it was interesting to race horses and cars.

Now we have supersonic cars, but no one is arguing for the abolition of horses. Although horses are no longer the fastest means of transportation, no current car can recognize its owner with a glance, or choose a path through a narrow mountain pass, or be left in a meadow to refuel itself, or make a copy of itself when it begins to wear out. Cars still have a long way to go to catch up to horses.


Reading is too varied and personal to be bounded by the distinction between digital and analog. I have some beloved books that I'll never want to browse through in any other form, and piles of books threatening to topple over onto my desk that I'd love to access electronically, and some inscrutable texts that I'll never get anywhere with until they're available with active annotations and on-line connections. Choosing between books and computers makes as much sense as choosing between breathing and eating.

5 Helpful Things to Do When You Think Life Sucks

Books do a magnificent job of conveying static information; computers let information change. We're just now learning how to use a lot of new technology to match the performance of the mature technology in books, transcending its inherent limits without sacrificing its best features. The bits and the atoms belong together. The story of the book is not coming to an end; it's really just beginning. Digital Expression A few years ago I found myself on the stage of one of Tokyo's grandest concert halls. I wasn't going to perform; Yo-Yo Ma was, if I could fix his cello bow in time.

The position sensor that had worked so well at MIT was no longer functioning after a trip around the world.

To a casual observer, Yo-Yo's instrument looked like a normal cello that had lost a few pounds. The one obvious clue that something was out of the ordinary was the racks of computers and electronics behind it.

These made the sound that the audience heard; the cello was really just an elaborate input device. Sensors measured everything Yo-Yo did as he played. A thin sandwich of flexible foam near the end of the bow detected the force being applied to it, and a rotary sensor measured the angle of his wrist holding the bow.

Strips under the strings recorded where they contacted the fingerboard. Polymer films measured how the bridge and top plate of the instrument vibrated.

In a conventional cello these vibrations get acoustically amplified by the resonant cello body that acts like a loudspeaker; here they were electronically amplified by circuits in the solid body. A small antenna on the bridge sent a radio signal that was detected by a conducting plastic strip on the bow, determining the position of the bow along the stroke and its distance from the bridge.

Earlier that day we had spent a few hours unpacking all of the shipping crates, attaching the many cables, and booting up the computers. Everything was going fine until we tried the bow. The position sensor that I had developed to measure its position was erroneously indicating that the bow was fluctuating wildly, even though it wasn't actually moving. Fortunately, I had packed a small laboratory of test and repair equipment. Given the amount of new technology being used in a hostile environment a concert hall stage , something unexpected was certain to happen.

Probing the signals let me narrow the problem down to the fine cable coming from the bow antenna. Opening up its protective insulation and shielding exposed an erratic connection, which I could patch around with a bit more surgery on the inner conductor. After I packed everything back up, the signals checked out okay, and I could resume breathing. There was an expectant buzz in the full hall as we connected the computers, the cello, and Yo-Yo.

The second unexpected event of the evening came as I began to make my way back to the control console where we were going to do some final system checks. I was only a few feet into the audience when I heard the unmistakable sound of Yo-Yo Ma controlling racks of electronics. The concert had begun. As some newfound friends made room to squeeze me in, I felt the way I imagined I will feel when my children leave home.

The instrument had become his more than ours; he no longer needed us. As he played, the hall filled with familiar cello lines and unfamiliar sonic textures, with recognizable notes and with thick layers of interwoven phrases, all controlled by him. I sat back to enjoy the performance as a listener, no longer an inventor. This project was both an artistic and a technical experiment, asking how the old technology of a cello could be enhanced by the new technology of a computer.

Yo-Yo's real allegiance is to communicating musical expression to a listener; the cello is just the best way he's found to do that.

http://maisonducalvet.com/sitio-de-citas-en-artesa-de-lleida.php By introducing intelligence into the instrument we could let him control more sounds in more ways without sacrificing the centuries of experience reflected in its interface and his technique. This was an ideal way to explore the role of technology in music: there was an enormous incentive to succeed, and it would be easy to tell if we didn't. As an enthusiastic amateur musician I was just good enough to be able to get hopelessly out of my depth.

One of my perennial stumbling blocks was reed making. To create a reed, cane from a particular region in France is seasoned, shaped, cut, trimmed, wrapped, sealed, shaved, tested, aged, played, shaved some more, played again, trimmed a bit, on and on, until, if the reed gods smile on you, the reed finally speaks over the whole range of pitch and volume of the bassoon.

Almost imperceptible changes in the thickness of the reed in particular places can have a salutary or devastating effect on the color of the sound, or the dynamics of the attacks, or the stability of the pitch, or the effort required to make a sound. The reward for all of this trouble is playing one of the most expressive of all musical instruments.

The same sensitivity that makes it so difficult to put together a good reed also lets the reed respond to subtle changes in the distribution of pressure and airflow as it is played. When it works well I have trouble telling where I stop and the instrument begins. For a few weeks, that is, until the reed becomes soggy and the whole process starts all over again. The cane softens, cracks, and wears away, reducing the reed to buzzing noodles.


I was a graduate student at Cornell working on experiments in the basement of the Physics building, crossing the street to go to the Music building to play my bassoon for therapy. I didn't realize that I was literally following in the footsteps of Bob Moog. A few decades earlier he had walked the same route, leaving his experiments in the Physics building to invent the modern synthesizer. He was struck by a parallel between the human ear and the transistor, which was just becoming commercially available.

Both devices respond exponentially rather than linearly. This means that each time the amplitude or frequency of a sound is doubled, the perceived intensity or pitch increases by the same fixed amount. A low octave on a piano might span to Hz; another set of twelve keys farther up the keyboard might go from to Hz.

The same thing is true of the current flowing through a transistor in response to an applied control voltage. 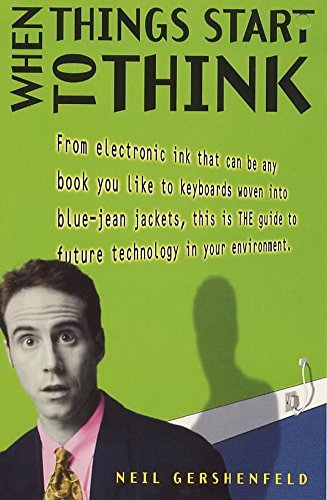 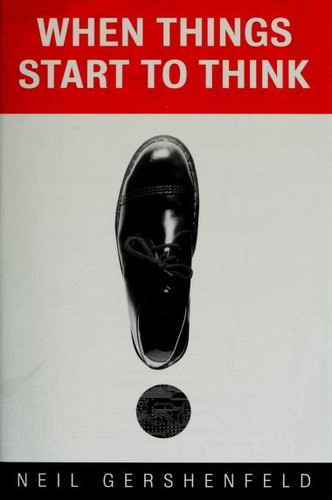 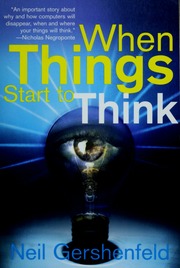 Related When Things Start to Think